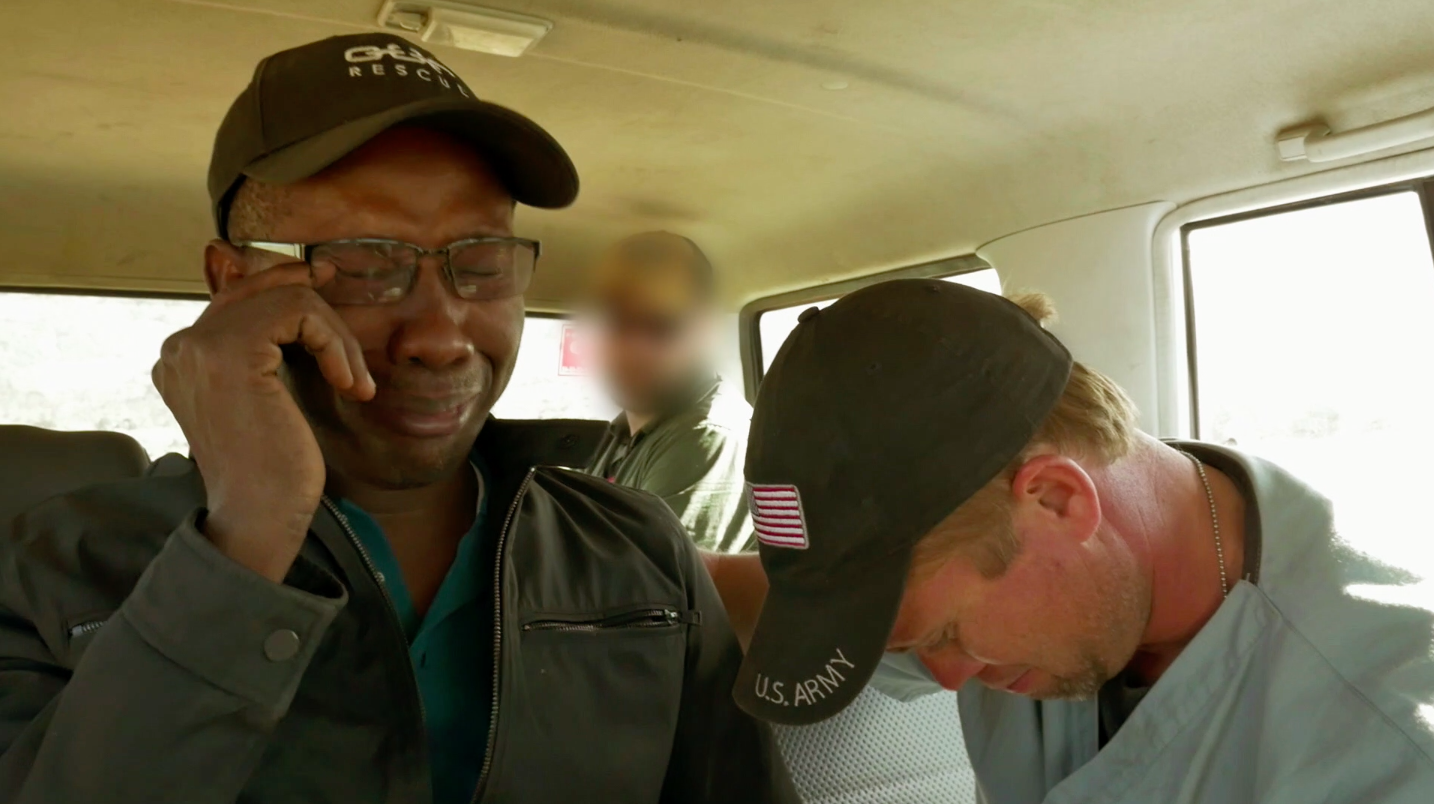 During the sting operation, Guesno sat in another hotel lobby waiting for us to finish. We had every hope that his son was going to be there. Once we got the kids secure in the police station, I drove over to the hotel with dread in my heart. I had to tell him. Right when I walked into the hotel, our eyes met and he knew instantly. I couldn’t hide the emotion on my face. I sat down. I was unable to speak.

He started to cry and asked, “They already sold him didn’t they?” I didn’t look him in the face. I stared at the floor instead and just nodded yes. We sat there in sorrow for about 20 seconds, and then he popped his head up and slammed the table. Startled, I looked up quickly. He was smiling. I saw the brightness in his eyes, the same warm glow that I remembered when we first met. I sat back and just looked at him. He sensed my confusion and shared, “Tim don’t you realize what just happened? 28 kids have been rescued. You got the other kids out, right?”

“Yes, they are all out,” I said slowly, waiting to understand.

He continued excitedly, “Don’t you realize that if Gardy had not been kidnapped, your team would have never come down here, and those kids would still be in captivity?”

“I guess I never thought of it that way,” I replied, bewildered and in awe of his attitude.

What he said to me next is perhaps the most profound thing that any human being has ever said to me. Guesno stated, bravely, “If I have to give up my son so that these 28 kids can be rescued, that is a burden I’m willing to bear the rest of my life.”

To prove that he believed in what he said, the next day Guesno went down to the police station and told them, “I will take any of those rescued kids home. If you can’t find their parents, I will be their father. My wife will be their mother. We will raise those kids who were just rescued in my son’s name.”

He went home with 8 of those kids. I still see those kids all the time. They call him dad. They are his family now.

That’s when it hit me all at once. By being thrown down into the most desolate trenches of life, he learned how to turn that light on in the darkness. He heals by giving to others. This light is so powerful, it’s almost tangible.