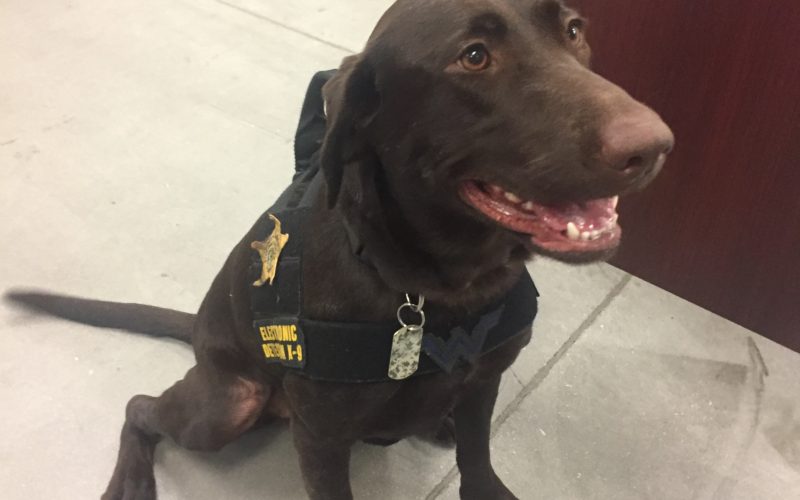 Siri Cinnamon Bark was a stray living on the streets of Mayfield, Kentucky. She was close to perishing before being picked up and taken to the Mayfield-Graves County Animal Shelter. There, she was saved by Love of Labs of Indiana and was placed with a foster mom.

Siri’s foster mom has donated other dogs to Jordan Detection K9s. She ended up donating Siri so that she could be trained there to detect hidden electronic storage devices for police departments, specifically during child exploitation cases.

In November of 2017 Operation Underground Railroad and doTERRA placed Siri into the good hands of the Seminole County Sheriff’s Office (SCSO) to help save children in Florida. Since joining SCSO, Siri has located scores of electronic storage devices under the expert care of her extraordinary handler.

Siri Cinnamon Bark and Deputy Blay-Raffo are true heroes in the fight to end child sex trafficking. O.U.R. is proud to sponsor Siri and seven other amazing dogs like her for law enforcement throughout the United States.

Do you know the signs of human trafficking?